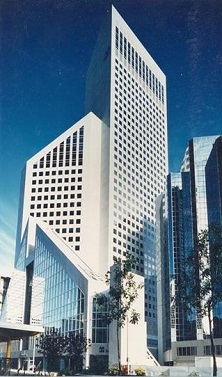 The Ryder Scott Canada office is located in the First Canadian Centre building in Calgary.

Worldwide reserves expertise — From the Canadian foothills to the Egyptian deserts

RSC Canada has conducted technical due diligence and fair-market appraisals for property acquisitions and divestments valued from several thousand dollars to almost $2 billion. These transactions have involved both Canadian and international properties. RSC Canada experts generate net present values and production-stream cash flows taking into account various fiscal regimes. This requires skilled personnel as comfortable with international production-sharing and concession agreements as they are with Canadian royalty structures. 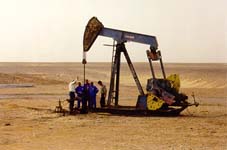 RSC Canada has grown its capabilities to include management advisory services. RSC Canada experts are outsourced to work with clients to supplement their staff with manpower and a fresh viewpoint. Those experts serve on internal asset review teams and help establish procedures to maintain working reserves databases. That arrangement frees up the clients’ geologists and engineers to pursue revenue-generating opportunities.

RSC Canada has evaluated properties in the Western basin and throughout Canada from coast to coast to coast. This includes offshore the east coast to British Columbia to the Arctic Circle. RSC Canada personnel also are familiar with properties in most major petroleum basins worldwide. Canadian oil companies are increasingly looking outside the country for E&P opportunities and several of Canada’s international producers have commissioned the office to conduct appraisals of overseas interests. These include such clients as Canadian Natural Resources Ltd. International and Niko Resources Ltd.

In 1995, Ryder Scott opened an office in Calgary to better serve an expanding Canadian clientele and to position the company to be more active in this dynamic oil and gas province. Before that, Ryder Scott had evaluated Canadian reservoirs for many years from the Houston and Denver offices. The firm’s expansion into Calgary was dictated by the logistical advantages of being better able to meet client needs in a timely manner and being close to the 800 oil and gas companies in Calgary. Ryder Scott also realized that Calgary was home to a talented group of Canadian engineers and geologists. Initially, Ryder Scott hired a small staff of engineers and geoscientists. By the end of 1996, the office had grown to a dozen staff members who were involved in year-end evaluations, acquisitions and divestitures. More than a decade later, RSC Canada has taken its place among the leading consultants in Canada while forging a well-deserved, far-ranging reputation for high-quality consulting reports.